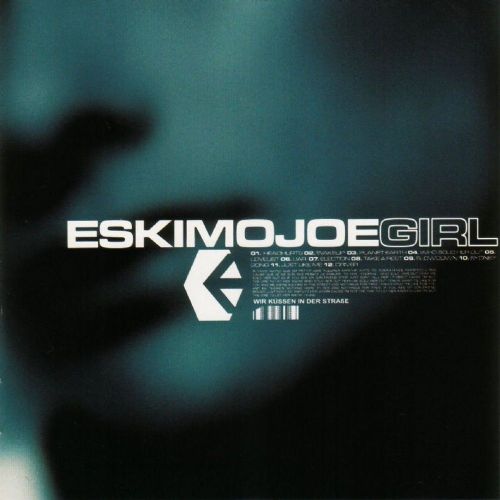 “I was this close,” I said, suddenly, interrupting my own train of thought, raising two hands with about of foot of air between them, “to finishing an outline on the damn thing.” But then I thought, if Eskimo Joe only needed deliver halfway on this Girl, then that hands me carte blanche on how to review the damn thing. A crass box from Australian imprint, Modular (you might know them now for releasing Kevin Parker upon the word). But that still couldn’t stop the squints from arriving, the glass-eyed fogey in me, coming to measure how much I love (loved?) this band, how much I bleed (bled?) for Kavyen Temperley, Stu MacLeod and Joel Quartermain. But here’s the secret: nerds don’t know shit about having loose fun. Not just bad jokes fun or racy games fun, but plastered drunk and poledancing in your grundies fun. True in college, true when reviewing this record. As young MacLeod so crassly addressed it: “We’re not hopeless romantics, we just like a bit of intellectual stimulation to go with our poontang.” What a college-level philosopher. It’s only right that we run on feeling with this Girl. Settled on fucking it, maybe edging on an S&M engagement with it. No promises.

There are three career trends that Eskimo Joe would lay down on Girl which will see sporadic listed reference as I ramble from point to point, starting with the first: that this record was inspired exclusively by that Oasis drivel? Bullshit. They may admit to anglophilia, to a nubile britpop fascination, but I don’t care if they brought in veteran producer Ed Buller to curate their debut long-player to that end, because this is as American-Australian independent rock as it comes. Caught between phases of grunge and stadium garage and loving it until literally blue in the face. After two exclusively garage rock EPs, Eskimo Joe begins their career seesaw of influences alternating between Turnstyle riffs and soft blink-182 lyricism like it’s some sordid icebreaker game when before they sounded so free—horny, hungry teenagers—excited that they could even fuck around with a guitar, much less get paid for it. Where’s that goddamn nothing-left-to-lose confidence, the downright pluckiness of Eskimo Joe? Yeah, losers they were, but humans, yeah, youthful they were, but not overwrought. Well that’s all gone—Girl is a blantantly post-grunge affair panhandling, not even for your money, but for your attention. 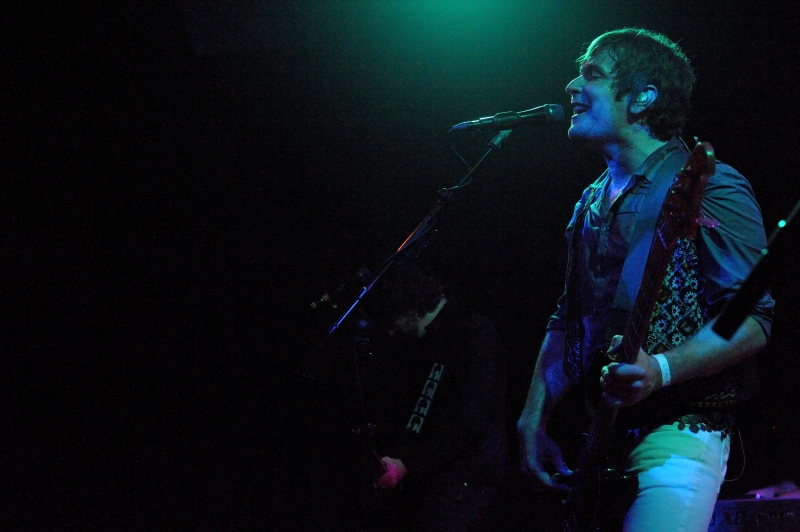 “Look at all these Silverchair and Smashing Pumpkins tricks I know,” she says, spurts, exclaims! Even I can’t help but have a soft-spot for a music taste that fawns on the darling acts, the ones that write anthems and operate at the vortex center of generational tempests and the seemingly resplendent “whatever-the-fuck-they-call-it” factors. If Humbug existed in 1999, Girl would have fawned all over it. She wears her music on her sleeve, which makes the conversation easier, if forced. She’s not shallow, but interests coat her denim jacket. She gives the bait free to keep the conversation focused on her and away from us, the fishers looking for the catch of the night. So when I complain about this guitar-based basicness of influence, I can’t help but be keenly attracted to it, I somehow still find myself enjoying this thing at parts. Which brings us to career trend number two: straightforward lyrical obliqueness.

How painfully playful yet naughty Girl is. How much I wish I could share her naïveté, her naif sense of rough sex and adulting. How 19 of it, to assume her reason of being a kid is going to excuse how people increasingly assume that she’s an adult; that she knew what she was doing all along. The voices on Girl tease from switch-on, switch-off lo-fi vocal filters like pillow whispers, to falsetto coos like kitten chirps then moan deep and drown in husky, heavy, scratching, biting growls. She’s done this before, you should have realized; she’s already bought her first pair of fuzzy handcuffs. And it’s all coming to bear in her dorm room, her student apartment, her own little self-contained stories that venture into metaphors not even remotely connected: “Its hard sometimes being yourself, like discarded rags on your top shelf.” What the fuck does that even mean, Kavyen?

At one point these lyrics were annoying, not just confusing, but the drunken mask erased much of last night feelings, excepting these: waking up, listening to the scrambled-egg riffwork of this record, looking to your right and seeing her there with a grin laid upon the veil. Well, it makes sense why someone would like Girl; just enough volts to wake you up, just enough soft moments to enjoy the puppy-love experience of tangled legs and hangovers:

And to puppy-love something is to know the deal: no conditions. There’s no if, there’s just a when. Neither is there an end. No terminal phase for this premise, no emotional riposte to counteract the pure infatuation of morning. Yes the metaphorical obliqueness is nettling, but it comes from a voice so raw and potent, so goddamn endearing. Which brings us to career trend number three: endearing rhythms and melodies. Whether it’s the aforementioned vocals, light or husky, those cute little pristine pianos like ceiling stars (“Liar,” “Just Like Me”), or the guitar progressions that twinkle like twee and grind like “fuck me” (“Head Hurts,” “Election,” “Driver”) Eskimo Joe are not adults, but they have definitely grown up. Gone is the angst, come is the anxiousness. Girl, by all accounts, is a holotype for alternative rock debuts; agitated, unsure, nervous. Hell, Girl is absolutely agoraphobic, with no single cut threatening four minutes, the closest she comes to the threshold is a whopping three-minutes-43-seconds on “Sydney Song.” The question “Am I doing this right?” bubbles under Girl’s every action no matter how sure she appears or how much others assume her to be, at first listen, adult.

Probably the only “big-hit” cuts I can tolerate are “Wake Up” and “Sydney Song,” but it is obvious that damn near half this record got mixed-up in such disingenuous trappings without the same charisma. The more I listen to “Liar,” the more it slips up in describing dishonesty as a fashion rather than a habit. It denotes the beginning of the less-pleasant twitching, continuing on, in order, to “Take A Rest,” “Love List,” “Just Like Me,” “Who Sold Her Out,” and the nauseating “Planet Earth.” I’ll understand if most of you can’t even get halfway through that conversation. But despite all the chatterbox clutter and try-hard signs of cool-ture, Girl still has something you would have only gotten from bands in the late Nineties: bleeding-heart honesty. There’s a real beating heart down there, it’s just been wrapped in material tinsel. Think of this record as extrapolating on the first love that is Third Eye Blind. Telltale adolescent signs fade away on this record—that 90210 interest is fucking fleeting—and singer-songwriter-rocker compulsions that peak out on “Head Hurts” actually show out on “Slow Down,” “Election,” and “Driver.” Indeed, they lay along this record like hidden gifts; I actually like these tics more then Girl’s incessant need to rely on that anthemic rock bullshit. And they even out the dealbreakers because I’ve lived with her. And she’s still curious to me, if not loveable, this Girl. So I’ll still sing along to every moment of her—she’s too fundamental to my being not to—but I wouldn’t want to introduce someone to Eskimo Joe with this record.

Too much puppy-love y’know?

Bottle It In: Kurt Vile tours his back-alley kingdom

A Song is a City: How hard do you want to belong?