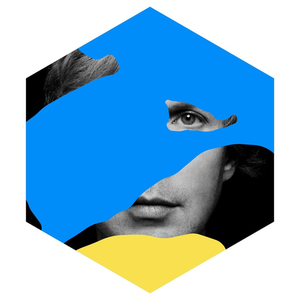 This album confused the hell out of me.

I’m not the biggest Beck fan but even I know something’s screwy when Beck’s 13th studio effort, Colors, features a rejected cover from Synchronicity (He even looks like a Summers/Copeland hybrid!).

But then he engages heavily with colorized synthesizers, drum machines and echoing pop vocals.

It’s not that it’s particularly bad—who knew that Beck downright treasured the mullets and musings of Daryl Hall, John Oates and eighties-era Winwood enough to make this love letter of an album?

Every single cut on this album wants to make it 1985 again.

Fret not though, 30 years of music intervened, and God bless they did, otherwise this record would stone itself stale much sooner than it does. For every “Dear Life” there’s an “I’m So Free” to match.

The overall effect isn’t lost however because Beck’s not in Kansas anymore, this album dropped like a sepia tone farmhouse on a technicolor witch. Open the door and follow that golden brick road before one gets bogged down in the questions.

He completely flips the script on what fans expect.

Say goodbye to Beck, the alternative rock guru and welcome Beck, the electronic lover. He’s lovesick, ready to “stay up all night with you” and his keyboards.

Despite the colorful packing and sparkling sound, the middle pack of cuts are more mixed than Chex. “Dear Life” and “No Distraction” needed more time in the oven. The former lacks the sense of style that permeates the rest of the album while the latter errs on a retread of “Up All Night.”

“Wow” especially confuses while delighting—Beck tries modern hip-hop. Hell, I can’t even fault him on that because he does it well but it doesn’t exactly fit the texture of the album. It’s jarring.

Moreover, that’s a big decider for this album: it’s a 45-minute block of eighties funk and soul with an alternative or even hip-hop remix on occasion. In short, Beck made a pop album.

No matter what the riffwork tries to say otherwise. Even more jarring, this is Beck doing funk and soul and not the other way around.

Forget playing with fire, Beck intimated with an inferno of possible mistakes and emerged damn near unscathed. Putain de merveille, if you pardon my French, but I will always argue against an artist going full firesale on their musical style.

It can be downright disastrous.

But here we are, a few days later with Colors in hand and I’m just not gonna doubt Beck anymore. Hell, this record made me revisit prior records by the artist formerly known as Beck, just to make sure I hadn’t fallen headfirst into some crushed up crazy pills.

Morning Phase almost seems whimsical in its title. It never even sets the stage for this improv sketch of a record. The quietly comfortable “Fix Me” is the closest relative on Colors.

Credit to Beck though, he’s a hell of an actor and a damn cheeky musician.

Quick Impressions: You weren’t prepared for this funky, soul-filled, eighties-loving side of Beck. Neither was I–but Beck was. The resulting LP struts its stuff with some serious confidence. Give it a listen.

Manic Nirvana: Half the thought, twice the fun.

Morning After: dvsn wants to subract all your clothes